It’s been a huge hit on both sides of the Atlantic, it’s been staged all over the world, it’s been a film starring Tom Cruise, and now… Rock of Ages has come to Pontefract.

“What a show!” said Michelle Colvill, New College’s Head of Performing Arts. “Superb performances from all of our students meant it was fantastic from start to finish! The band were tight, slick and were monumental in making the show a success. The tech team put the ‘icing on the cake’ with superb lighting, sound and even pyrotechnics to finish the show with a ‘bang’.”

The production was an enrichment activity involving students from across the college, not just those studying Performing Arts.

“The students have worked so hard in their free time to make it a show to remember,” continued Michelle. “They have grown in confidence and worked so well as part of a team. This is something that they will be proud of and that they will remember forever!”

Drama teacher Sam Milnes was also full of praise for the ensemble cast, band and crew. “Students and staff have had a great time working on this feel good piece, and our amazing cast have put on a show to remember, with some fab one liners, a brilliant set and light show, and some show stopping 80s routines!”

Scroll through our photo gallery below: 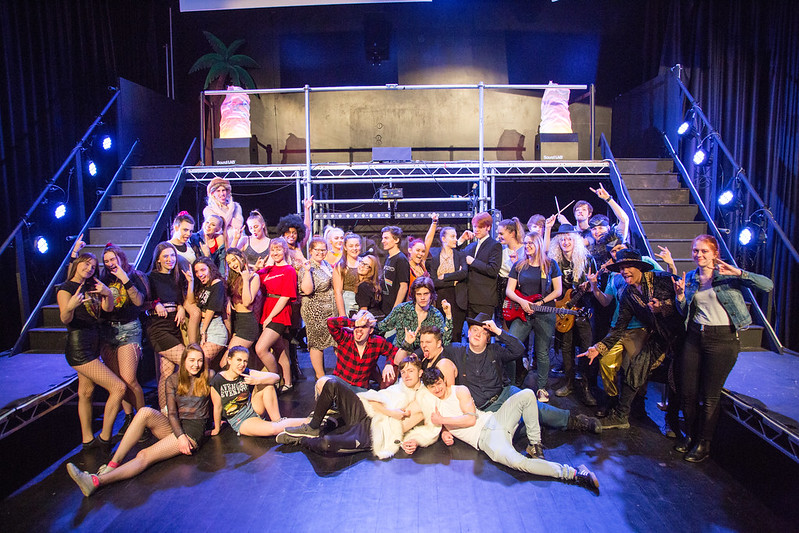