As another academic year draws to a close, that means another set of Y13 students are ending their time at New College Pontefract. On Thursday of last week, a Celebration Assembly was held to commemorate the students’ two years at New College.

Music always sets the tone and so the afternoon began with a song from Performing Arts. After the music finished and everybody was settled in, Principal, Richard Fletcher, and Assistant Principal, Neil Mumby, addressed the students with a speech about their time as New College students and the memories created.

That naturally led onto the ‘Memories Slides’ part of the assembly. During this, photos showcasing staff and students enjoying times together over the past couple of years presented concurrently with slides containing goodbye messages. It was emotional for everyone involved, but felt like an appropriate way to end a journey that has seen over ???? blossom as they move onto their next step.

After such a great cohort of students, it was only right that their effort and endeavour was rewarded, so it was now time for the awards. Various awards were presented to both students and staff, with Duke of Edinburgh certificates and ‘Outstanding Effort and Progress’ collected by the students amongst others. Following this, the ‘Student of the Year’ awards were given out to Gregory Yule and Lydia Macpherson and ‘Tutor of the Year’ going to Charly Irons. Demi Grice and Kacper Winters, were presented with the Dr. Nath awards for overcoming significant challenges throughout their time at New College, and that concluded the awards.

Once the awards had been given out, it was time for the Student Executive to be recognised for their hard work throughout the past year. Concluding a great speech from Garrett Norwood-Cole, the President, awards were given to all members of the committee.

This then led onto the final part of the assembly, which was a final speech from Richard and Neil thanking students for their time at New College and wishing them the best of luck for the future. In conclusion, the assembly was a great commemoration for staff and students to say thank you for the past two years and goodbye.

Take a look at the gallery of photos from the Celebration Assembly below: 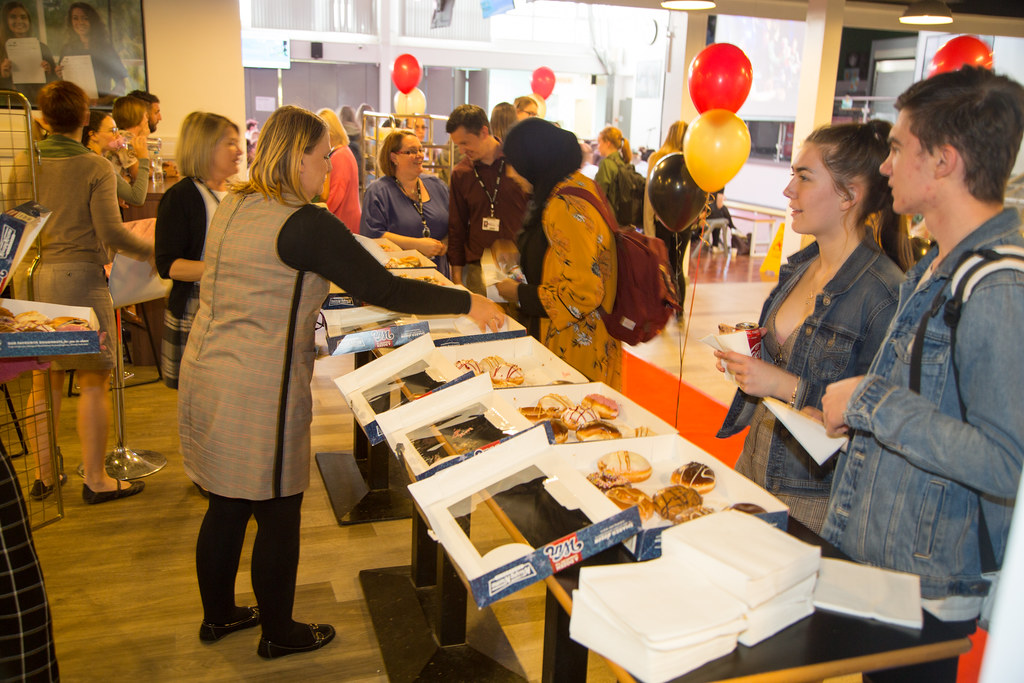